We have four matches to report on this week.

The South Alicante home game against San Luis Vulcans, which was postponed due to bad weather, was played last Saturday. Horadada managed to win on five rinks thus gaining 12 points with an overall score of 101 against 84 shots.

On Monday, and again in the South Alicante league, we played top of the table Mazarron away. Not such a good result this time, only getting four points in a 86 to 98 shot defeat. Our winning rinks were, Margaret O’Dell, Jack Linehan and Barry Evans 18 – 15, Jennie Davis, Linda Hier and Jeff Hier 24 – 13, The highlight of this latter game was a hot-shot got by our rink so congratulations to Jenny, Linda and Jeff[eat your heart out Peter!]

On Tuesday we played our second Fed fours game against Greenlands at home. This was a very close result but we managed to get 6 points in a 57 to 54 shot win. The rink scores were, Carol Linehan, Peter Davis, Fred Trigwell and Barry Evans&nbsp; 18 – 15, Linda Hier, John Goddard, Wayne Osguthorpe and Jeff Hier&nbsp; 19 – 18

On Friday we had another home game against Quesada Swifts. Again this was a closely fought match in very difficult conditions. But this time the result went the wrong way and we got 6 points in a 93 – 97 shot defeat.

We have a bye next Monday so let’s hope the wind dies down before our next match on Thursday. 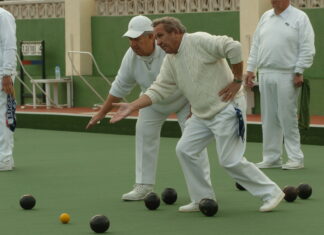 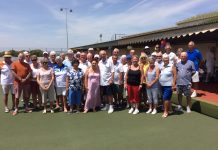 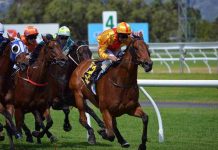 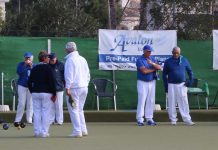 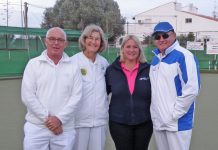