In the morning San Miguel Deputies were home to Greenland Jasmins losing 4 – 8, 73 shots to 90. Jan Farmer won her singles match 21 – 13, and the triples played by Sandi Hannan, Pete Masters and Mike Douglas won 15 – 12.

On Monday 4th April San Miguel Christians braved the weather and managed to play 12 ends before the game was called off at Vistabella.  They were playing Vistabella Fairways where they lost, 4 – 8, 44 shots to 53. The best winning triple were Bob Nesbitt, Alan Harris and Dave Champion 14 – 6 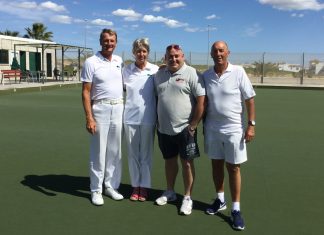 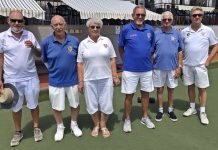 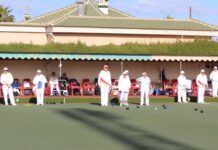 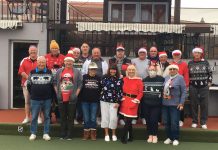