It’s back, bowls as we know it,even if you don’t play watching in marvellous weather is just a pleasant way to pass time.

We have just spent a week at either Emerald Isle or Quesada BC watching the Valencians or more accurately watching La Marina BC members compete in the Valencians.

The old British adage that it’s the taking part not winning proved accurate but our members participated in some tremendous games with our Men’s Pairs of Len Daniels and John Rae losing in the semi-final to the eventual winners, and our men’s singles players of John Rae and Mick Lowe both losing to Roli Bell of Bonalba BC by a single shot in successive rounds.  Our thanks and congratulations go to our team of competitors it was a great show.

Wednesday 29th saw the continuation of our Barclays Properties 3-2-1 league run by Don Fowkes and it felt so good sitting up on top of the terrace watching fellow members compete against each other.  The team names are the same as last year and wherever possible the same members.

Leaving us with the Lions at the head of our league table with 51 points closely followed by the Koalas with 46 and the Lambs with 44. 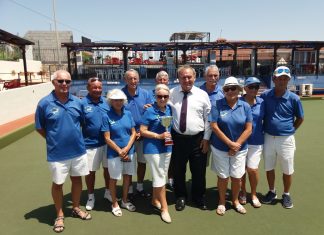 bowlsespana - July 1, 2018
0
The VC Leagues are complete with SL Falcons Div A Champions. The South Alicante leagues have just one match to go with SL Wellingtons... 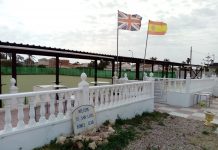 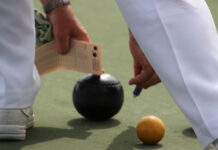