Hurricane Div B: Hercules were away at Emerald Isle v the aptly named Victors. Hercules had a very frustrating morning when 3 team members in 2 cars got stuck in roadworks with diversions which caused gridlock on N332, meaning they missed the match completely & another of our teams only just made it onto the green with the understanding of Emerald Isle.

Div B: Hawks, were away v San Miguel Deputies. The Hawks had a full team but unfortunately only one winner: Jane Hamill taking the Ladies singles 21-9. Final result, 2 points-10, 70 shots-101.

There’s just one more league match to complete before starting our Cocktail & Aussie pairs internal leagues this week; early mornings through to July.

San Luis BC welcomes new members of ALL playing abilities, we hope they would be willing to sign up before the end of August, so we can plan how many teams to enter for 2022/23 season.

Currently we have 2 teams (1 in A Div. & 1 in B Div.) in both Friday Southern & Monday South Alicante Leagues. More new members would allow us to add a third team; so room for all. 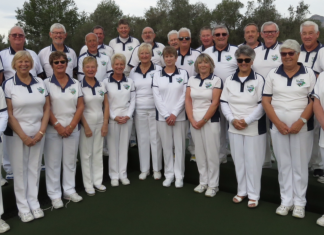 bowlsespana - March 23, 2018
0
San Luis brought the full force of their team to Javea on a bright and sunny day with high hopes of maintaining their top... 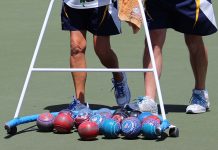 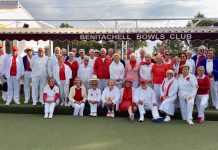 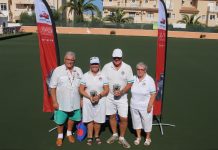 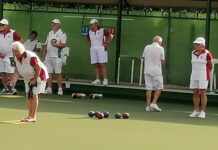