Monday’s final match for the Pintos was cancelled due to weather conditions, with both teams sharing the points, as it will not affect the league results. The Raiders have already played all their matches.

On friday the Mustangs were at La Marina playing the Sharks, after a good start for the Mustangs the Sharks came on song and took all the rinks and hence the points. Sheila Cox, Malc Sykes and Mike Cox 11-27. Ria Dukker, Diane Yates and Richard Lee 14-19. Brian Harris, Ngaio Baldwin and Pete Baldwin 11-23. Lesley Day, Pam Harris and Bob Day 10-19.

In the afternoon the Broncos played at Greenlands against the Elms and had an equally unsuccessful match, but hey it’s just a game. Bill Johnston, Ron Greenstreet and Judy Foley 10-13. David Baker, Dolly Ford and Marion Haynes 8-19. John Henry, Janet Wright and David Wright 6-34. Sheila Millward, Jim Eastwood and Dave Haynes 10-26. Bowlers of all levels are welcome at El Rancho, for further membership information contact Sheila Cox at micksheilacox@gmail.com 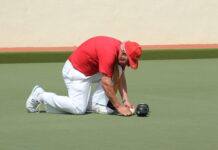 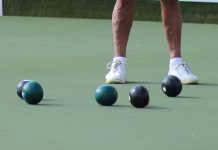 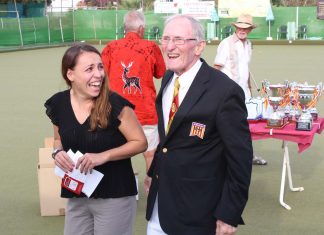 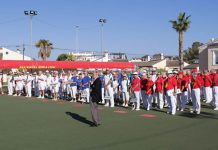 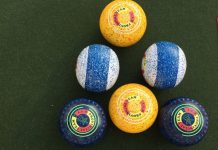 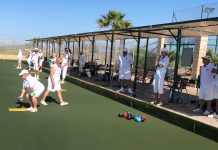