With 1 match to go, this result leaves us in 3rd place, 4 points behind Vistabella and 1 behind Quesada, so who will finally take the trophy?

“Tuesday 4th saw the first day of this year’s Memorial Competition being played. The teams were drawn triples. Before start of play a one minute silence was observed in memory of Brian Badger & Noel Verity whom we lost during 2016. Each team played 3 games of 8 end 2 bowl triples on day 1 then 2 more games on Thursday (day 2). After the round robin stage Group A was won by Les Bedford, Barry Edwards & Giuseppe Galelli who won 4 & lost 1.

Group B was won by the unbeaten team of Dennis Jackson, Sue Ross & Derrick Cooper. The final did not go in favour of Derrick’s team with Giuseppe’s team winning comfortably. After the final, President Vic Slater presented each team with their prizes & went on to thank Sue Cooper for the organisation.”

We are currently looking to take on new members for the 2017/18 winter season. We are aiming to enter an extra team this year in the South Alicante (Monday) league & also in the LLB Southern (Friday) league. With 4 teams across different divisions there should be plenty of games for everyone. We welcome all bowlers, from the most experienced to those who want to step up from purely “social” bowling to the league challenge. We are a competitive but friendly club and Casa Ventura itself is a hub for the local area offering a wide range of activities (if you want a change from bowls). 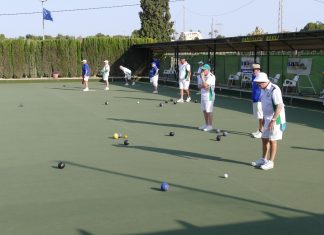 bowlsespana - October 17, 2021
0
At long last we have restarted our league matches, our first games were played at home on Monday morning. The Sycamores were up against the... 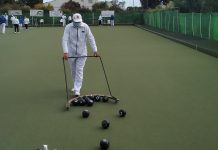