If you are a ardent reader you will have missed last week’s report as it was not published, it seemed to have got lost in cyder space.

If however you do suffer from withdrawal systems, it does appear on the Club’s Facebook page.

I ended last week’s report hoping that the Friday results would cement their league positions, well Sharks won 8-4 and maintained their top spot, while Seagulls lost 5-7 again missing the draw and the extra 2 points by only 2 shots.  However those 2 shots were enough to drop them to 3rd, although still  in touch with the divison leaders.

Monday saw John’s Pathfinders trying to correct those narrow shot differences by drawing 81-81 against Vistabella Drivers winning 7-5, we are hoping for that extra point next time.  Meanwhile Tom’s Explorers gained another point over the Pathfinders by travelling to Quesada and beating their Diamonds 8-4 gaining their extra 2 points with a  87-84 shot difference.  Maintaining top spot in the league 25 points, Pathfinders at equal 3rd with 19 points, a very tight division.

Barclays Properties Winter League – a real bottom of the table claash this week between the Collies and the Bears, that resulted in a resounding win for the Collies taking all 8 points and putting them above both the Bears and Tigers, no change at the top with the Lambs securing a win over the Pandas 5-3.  The Dolphins however seem to be swimming with the current gaining 6 points over the Tigers and putting them into 2nd place.

We have now been informed by the Levante Lawn Bowls association who controls the external leagues, that all Monday & Friday league games have been suspended for the foreseeable future – which we hope will not be for too long.  This does not currently effect our internal Barclays Properties Winter League played on Wednesdays 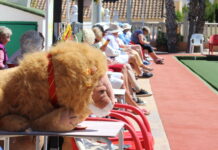 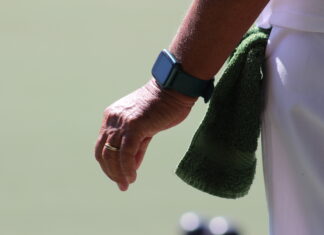 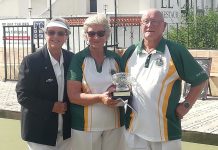 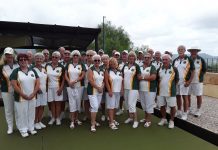 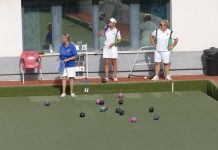 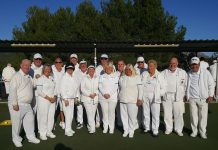