Another week another good start with both Monday teams winning. The Pathfinders took on the El Rancho Pintos at La Marina and won 10-4.

I watched a lot of this match and there were some good bowling going on. Sue Daniels, John Rae and Barbara Forshaw won on the last end by two. Terry and Jean Perchard and Jack Chorlton had a good win 25-9 but best of all was John Morgan Angie Butler and Captain Gina Hindle winning 35-9.

Again at home the Explorers played Monte Mar Matadors and won by the same score as in the morning. The two losing trips only just lost by one or two shots. Captain Tom Spencer with help from Carol Smith and Ann Stone won 21-14. Peter Parsons, Mike Smith and Chris Webb a fine victory of 22-15 while Alex Whyte, Kathy Manning (the Birthday Girl) and Janet Parson won 23-13. Then Mike Stone, Mike Surch and Mo Kidd had a smashing win 35-9 (Obviously Anne has been coaching her husband.)

Winter League went to the windy city of Vistabella and got completely blown away by eight points. Our only winning rink came in the form of four accomplished players namely Barry and Wendy Latham, Peter Parsons and Dave O’Sullivan.

Unfortunately modesty won’t allow me to tell you had well I played. Our good start didn’t go on for long as the Merlins at home were swiftly dispatched by Quesada Swifts. Although there were some close games we had only one winning rink that being John Withers, Steve Hindle and Martin Butler.

On the other hand the Ospreys travelled down to Mazarron to play the Miners and had a convincing win by 9 points to 5.  Three wins and a draw got us the points so well done, Tom Spencer, Mike Smith and Ann Stone 20-13. Likewise Peter Parsons, Mike Stone and Andy Bartlett who won 25- 12 and similarly Alex Whyte, Jim Reeves and Janet Parsons who triumphed 22-16.

Not forgetting Shirley Hadaway, Margaret McLaughlin and Steve Douglas who drew 15 all. We had the overall score by just seven shots. 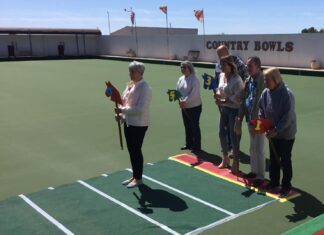 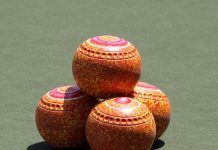 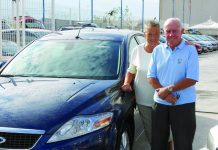 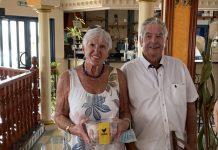